EQUITONE presents the Egon Eiermann Award, an international competition for architecture students. For the first time in its history the award will take place in several European countries. The award offers students of archi-tecture and graduates a platform to present their design ideas to a broad audience.

This year, for the first time ever, the Egon Eiermann Award was extended to allow students from Switzerland, Austria, Spain and Portugal to compete for the esteemed German prize. The challenge for this year’s award was chosen as Consolidation of the city: Urban densification of buildings and vacant building sites. The theme is extremely topical throughout Europe and for architects across the world. In recent years, the city as a place to live and work in and as a centre of life has experienced an enormous upsurge. Large European cities with populations of millions are again growing strongly and many medium-size cities too, are experiencing a population boom. 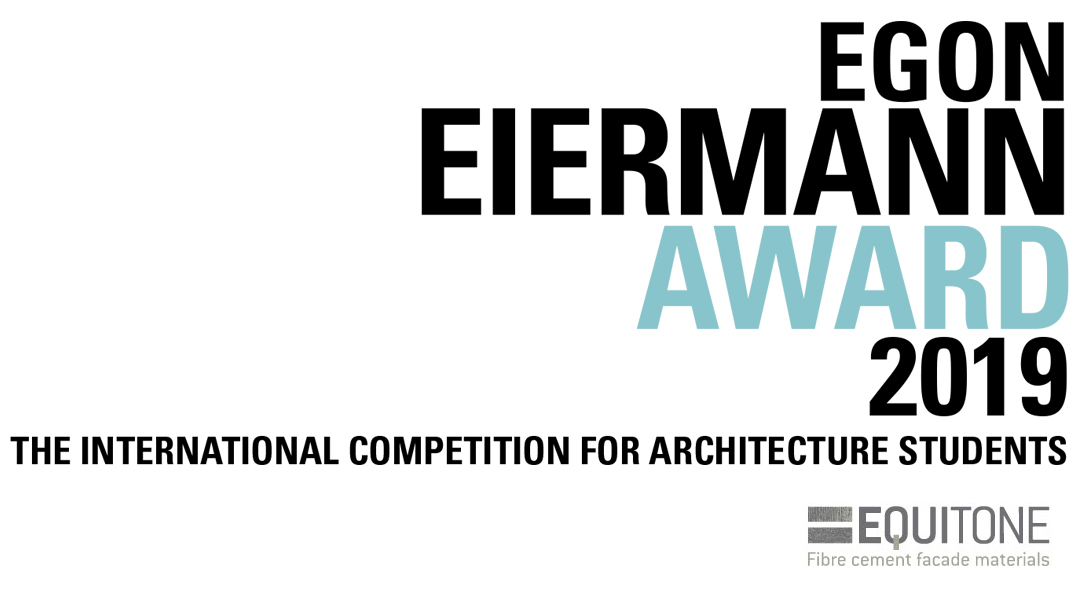 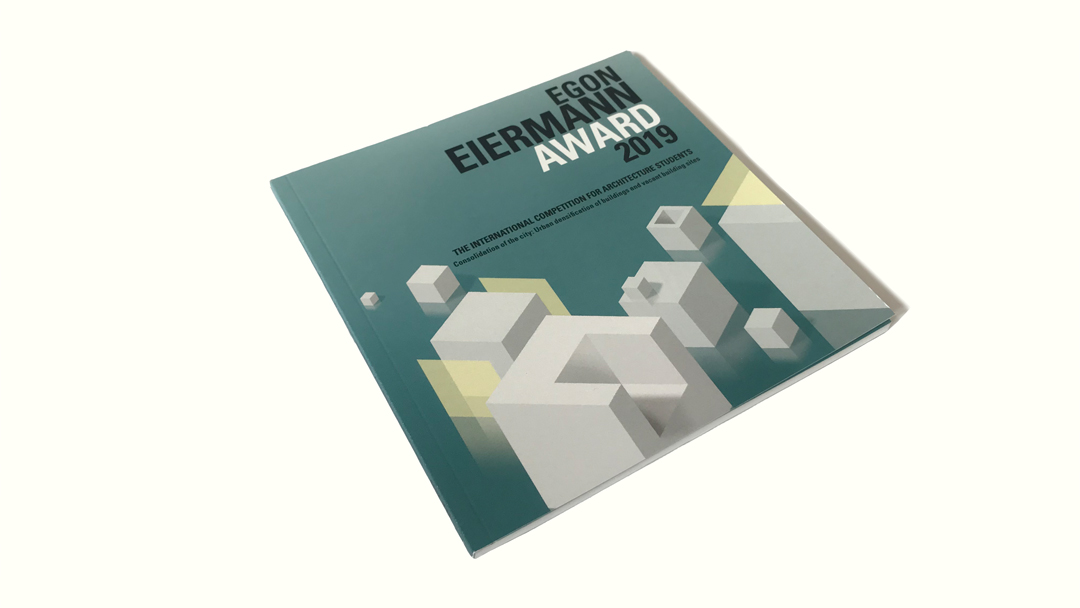 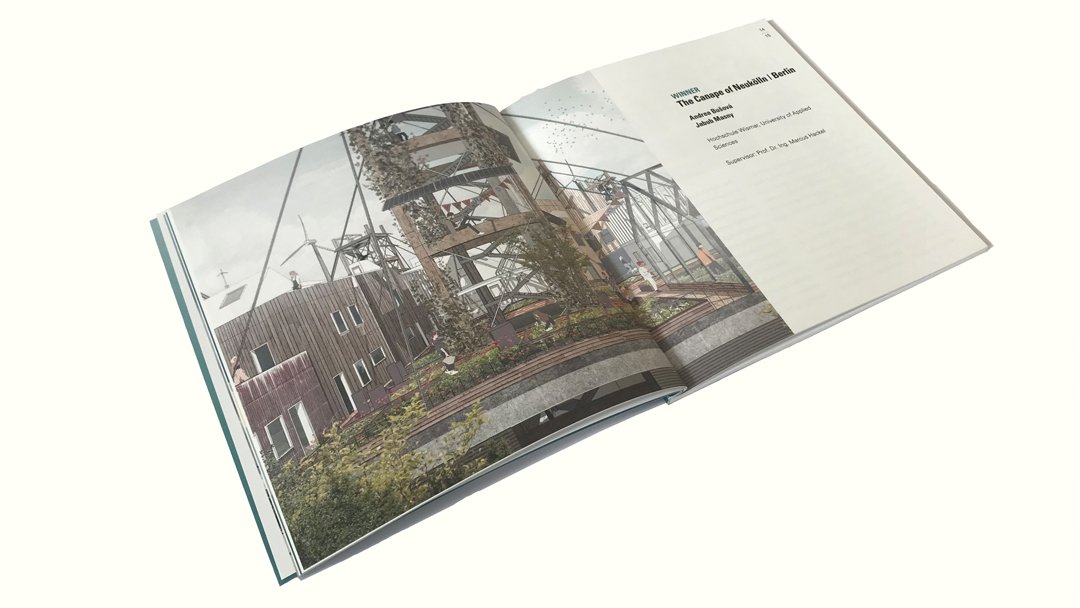 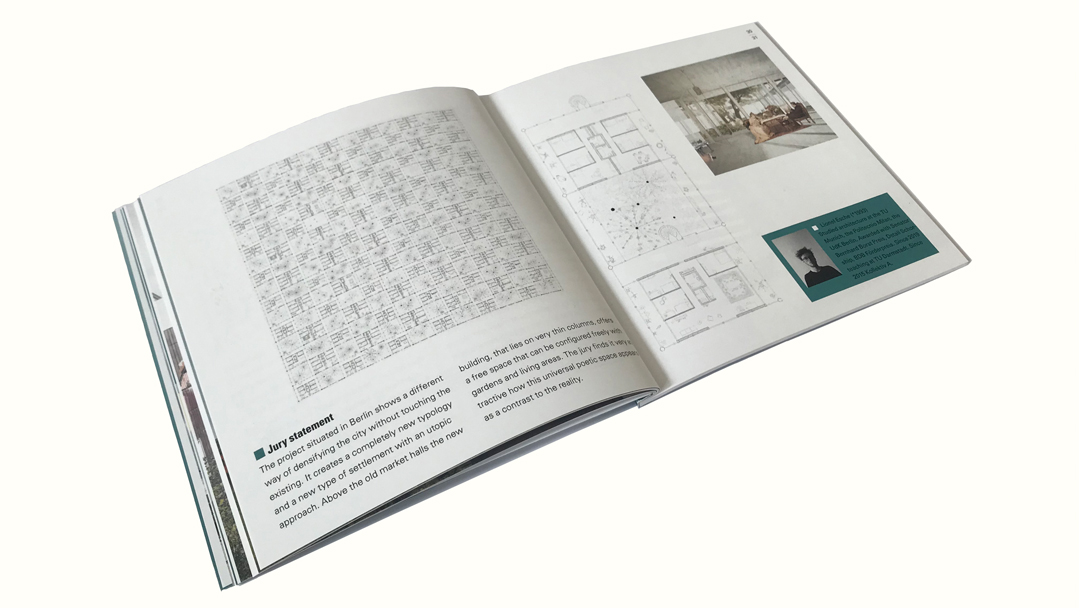 Jury statement:
The project deals with a highly relevant theme of densification and finds an answer to this question with a new space above an unattractive and monofunctional industrial area within the multicultural borough of Berlin-Neukölln. The area is a fringe zone which gains a completley new second layer on the first floor with a good mix of different uses from living to working and recreation spaces, so the area should become more diverse. The participant(s) created an utopical idea of densifying a city but developed it in a very practical way, somehow reminding on the works of Yona Friedman. It looks like a work in process with constantly changing zones within the modular structure and it is therefore highly adaptable for the dynamic city developement of Berlin. The jury points out the ambitious and inclusive design: the participants deal with construction and scale in a adequate way and present the big amount of ideas within the elaboration.

Jury statement:
In contrast to the other winning project this minimalist work deals with the invisible, „in between“ spaces of a city. Without concentrating on a special city the participant offers a new way of activating the joints of a city, designs small rooms, which can be rented temporarily through an app. The jury mentiones, that this way of using the space gives an alternative answer to the theme of a smart city and temporary living. With a reduced design for using tiny spaces in the city the jury highlights the poetic reaction and the minimalistic approach to the ressources of space in an already high densed city. In addition with a very reduced presentation the project was worked through consistently and convinces the jury completly.

Jury statement:
The project situated in Berlin shows a different way of densifying the city without touching the existing. It creates a completely new typology and a new type of settlement with an utopic approach. Above the old market halls the new building, that lies on very thin columns, offers a free space that can be configured freely with gardens and living areas. The jury finds it very attractive how this universal poetic space appears as a contrast to the reality. 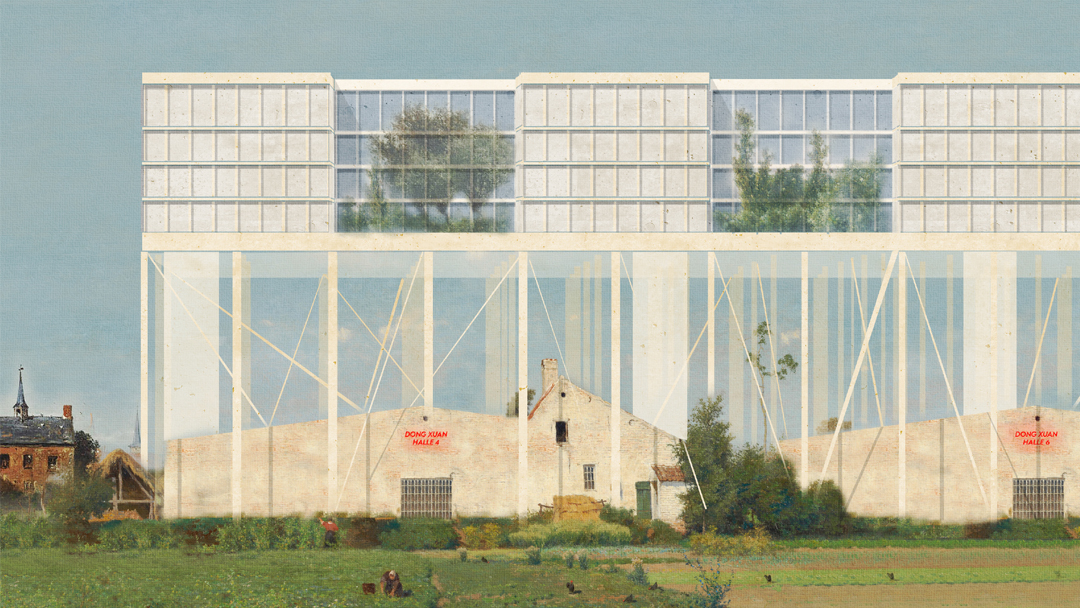 Jury statement:
The project is all about connection and gives a futuristic answer to the question of how to deal with the so called „car-city“. By choosing an area in Madrid with large traffic routes the project tries to connect the different parts of the area and adds complexity to an already very hetergeneous area. The jury points up, that the computational design of the structure is not only about formal questions but mostly to find answers to social problems. With this approach the structure becomes highly flexible, is elaborated very detailed and deals with very different scales, from construction details to functional aspects. 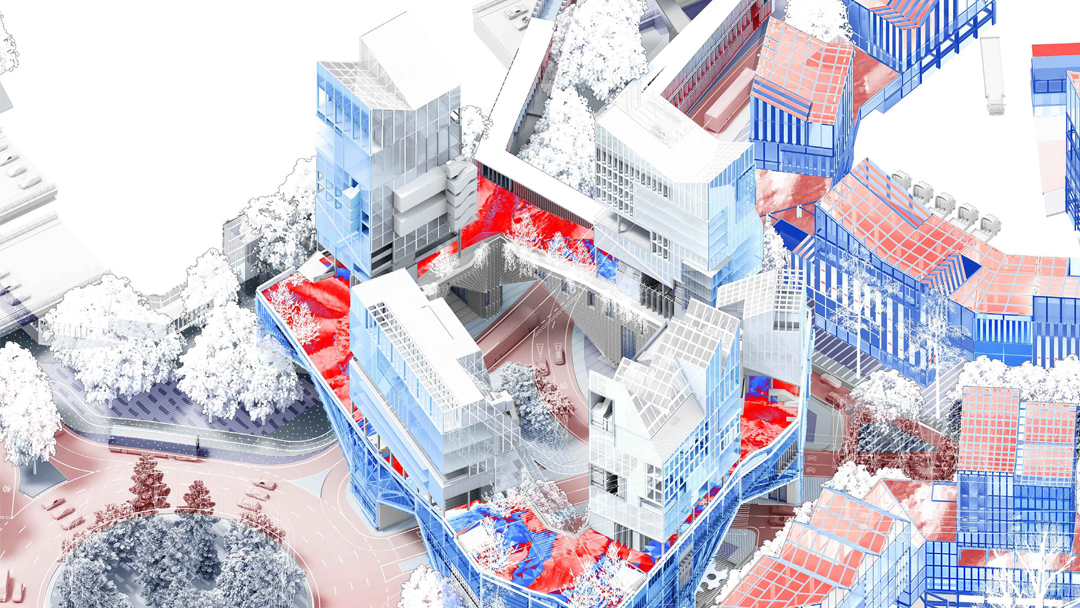 Jury statement:
This project demonstrates the possibility of transforming linear apartment housing structures properly: by putting the inhabitants in the centre of the analysis the participant shows a clever and thoughtful conversion of the floor plans. Instead of just puting new balconies on the facade, the whole building is beeing transformed so the whole neigborhood may perceive a change in the area. The jury highlights the realistic and subtle approach to the theme and emphasizes, that the project deals with an actual problem of densifying structures of a modern city. 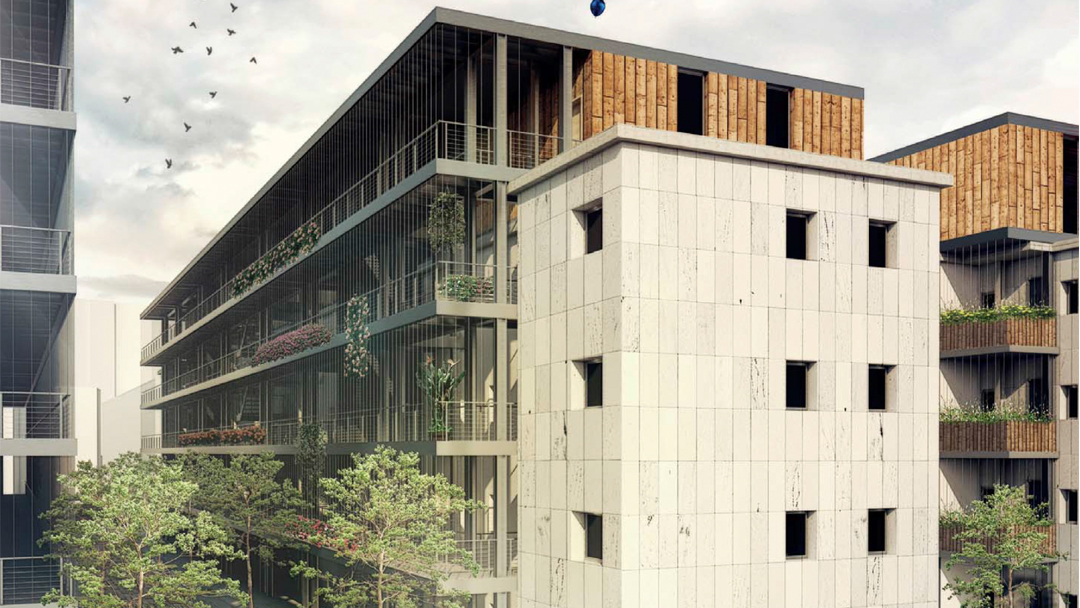