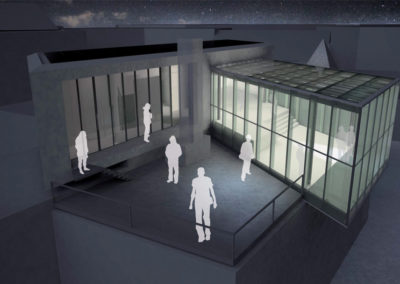 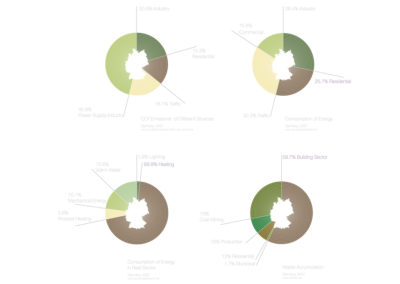 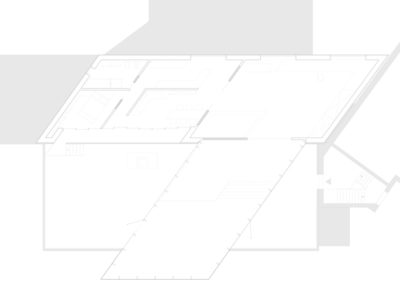 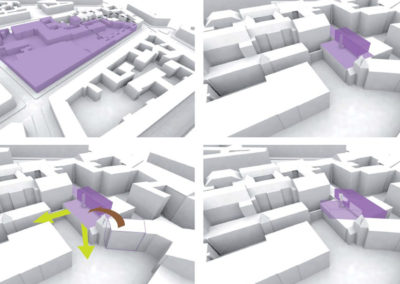 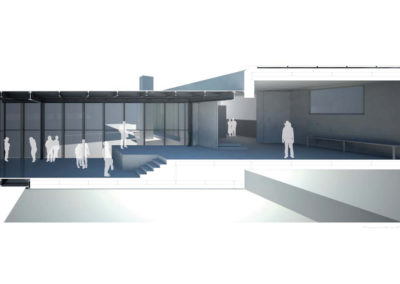 The buildings sector is the source of over one third of Germany’s entire end-use energy demand. Buildings are the largest single source of greenhouse gas emissions, worldwide. Furthermore the German building sector generates almost 60% of waste annually, which is roughly 4 times the amount of waste produced by all German households combined. For architects, for industry, for the media and for the general public, green design has moved from the fringe to the mainstream. Architects start to realize their responsibility. They start to comprehend the impact of their actions. The only question is: What makes sense? Different architects follow different ideas, strategies and philosophies. Sometimes these ideas are completely different and contradict
each other, even though they all have, more or less, the same goal. All want to minimize the negative impact of the building sector.

The new structure is located in the area of an old brewey, today known as „Kulturbrauerei Berlin“. It was and is one of the most famous cultural centres in Berlin.

The new design consists of four elementary parts: working, living and exhibiton and sustainability.
When we thought about artists and their work, we realized that the work and the process of working is the centre point of creating art. Spoken in architecture, the studio has to be the centre of the new building. We took a high energy effi cient form, the fi rst ashlar, and faced it south. It contains living and working spaces. The second ashlar contains the exhibition space and has a
highly representative task, so we decided to turn it towards the courtyards and let him overhang the forge.

The whole structure is made out of steel, which is able to be recycled and reused. The specifi c parts are bolted, there is no need of welding at all.
Two main façade materials are used to characterize the building. The rear part, consisting of living and working spaces, is made out of prefabricated Corten-steel elements, whose colour and structure correspond very well with the façade of the old buildings. The front part, consisting of the exhibition space, is made out of glass and steel. The specific glass elements in the façade and the roof are a high tech product called “heat mirror”, which guarantee high insulation and high transparency.